In his statement, Kabogo now wants Uhuru and investigation agencies and Judiciary to work together and prosecute those involved by stealing public money meant for development.

Over the last two years, the cases of corruption have been very rampant across the Country with billion meant for developments stolen by selfish public servants and cartels.

Kabogo states that the war on corruption will not only be won through threats but appropriate actions.

“We can’t keep losing billion on every dawn, Kenyans are tired and the mandated institution should come out and explain to Kenyans what they have achieved or intending to do,” he said.

He said that the Big 4 Agenda are still on course if the institutions work together towards a common goal of fight the corruption menace.

The former governor hailed president Uhuru for his effort of unity Kenyans and leading them towards the realization of big 4 agenda.

“All isn’t lost and this the time president Uhuru should work with all relevant authority to shun the politics of enrichment, “he said.

The former governor now want president Uhuru to be strict and acts to his threats noting that the war on corruption won’t be won through actions.

The former governor said that all those government officials mentioned on corruption scandals should  resign.

“Let us be serious on the fight against corruption, it won’t be won if the politics of succession continues and the head of state must stand on the ground and fire those principal secretaries, Cabinet minister mentioned on graft cases, “he said.

The former said that the value of integrity should work as cornerstone for democracy in Kenya urging institutions to work together to serve the Kenyan.

Speaking during the state of the Nation address ,president Uhuru Kenyatta urged Kenyan to help him in the realization of big 4 agenda noting that he won’t spare anyone on the fight against the graft.

“I undertake to act and remove from the government any individual who will have a case to answer before the court,” Uhuru said.

The President said that realization of the Big Four agenda is dependent on energy, transport, education, Water and ICT sectors.

Uhuru said the fight on corruption will not be done based on protests and media narratives. 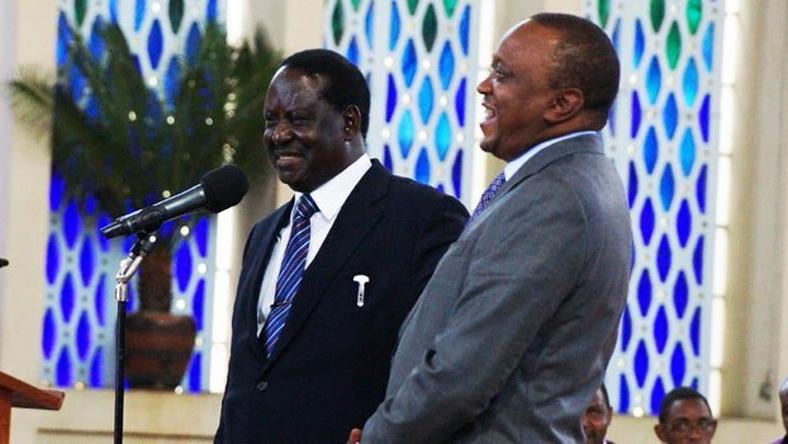 “Our actions will not be based on condemnations… the cornerstone of our democracy is the rule of law and the process of due process is a critical anchor of that principle,” he said.

Three months ago a section of the opposition politicians had accused deputy president William Ruto of shielding his close allies who are stealing public money in preparations for 2022 campaign.

Edwin Ochieng is living true to the calling of Journalism, He is passionate about issues of Business and Politics. Edwin Ochieng is a graduate from St Paul University and East African School of Media Studies (EASMS).
Previous Inside Uhuru’s meeting with Jubilee Candidate in Wajir West by-election
Next Start Times adjusts bouquet pricing as competition tighten