It was a relief for Migori Governor Okoth Obado after the High Court on Tuesday removed the travel restrictions, allowing him to move freely within Homa Bay County.

In her ruling, Justice Jessie Lessit said the purpose of the bail condition has been served and is no longer necessary. The ruling comes after Governor Obado asked the court to review bond terms to allow him to travel within Homa Bay County. 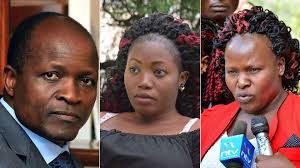 In his argument, he argued that his work involved traveling and shuttling mostly from Nairobi to Migori Town where his official residence and office are situated.

Last week, Obado skipped a visit by his party leader Raila Odinga citing the conditions of the court that barred him from accessing the county.

Obado had told the court that most of the constituencies in Migori border Homa Bay County, hence, the restriction barring him from being within 20 kilometers means he can’t serve his constituents. 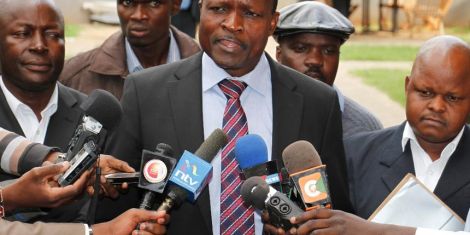 “As such it is impracticable for the accused to effectively discharge the constitutional mandate as the Governor of Migori County,” reads the application, involving a case where Obado is charged with the murder of Rongo University student Sharon Otieno.

The governor, who pleaded not guilty to the murder charges, argues that the only mode of travelling to Nairobi from Migori town without violating the 20-kilometer perimeter rule means he is forced to incur heavy costs.

Obado alongside his aide Michael Oyamo and Migori County clerk Caspal Obiero were last year charged with the murder of Rongo University student Sharon Otieno and her unborn baby. 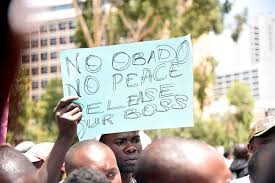 They are out on a cash bail.

He was stopped from going near the border of Migori and Homa Bay counties after the late Sharon’s parents complained of being threatened. Through his lawyer, Kioko Kilukumi, Obado submitted that he could not effectively traverse his county to discharge his duties due to the restrictive order, and promised that Obado would not interfere with any of the witnesses if the terms were reviewed.