A surgeon attached to Princess Diana Health Centre IV in Soroti Municipality abandoned a caesarean operation on a pregnant mother midway after officials from National Water and Sewerage Corporation (NWSC) allegedly disconnected water in the theatre. 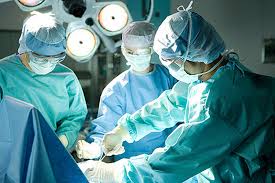 The doctor was operating a 15-year-old expectant mother when NWSC officials disconnected the water supply over the accumulated water bill of Shs3m. The bill has reportedly not been paid for six months.

Dr. Alfred Anyonga, the surgeon and officer-in-charge of the hospital, told Daily Monitor that their attempts to stop the disconnection until the operation ended was ignored by NWSC officials, prompting him to halt the surgery and source water from outside the hospital.

“I felt disturbed, the whole matter disorganized us in the theatre. You cannot have a theatre without water and it is practically impossible when an operation is underway,” he explained.

Dr. Anyonga admitted the water bill had accumulated for more than six months and as head of the health facility, he cannot affect payments which can only be done by the municipal authorities.

“The theatre is something that ought to be clean. We cannot disinfect now until the water line is reconnected,” he said.

He said the health center serves more than 200 patients from Soroti Municipality and the neighboring sub-counties.

“That voucher passed through my hands, and I have paid that bill of Shs2m. The problem is with NWSC. All I know is that our money was paid. Go to NWSC,” Mr Okaja said.

NWSC officials at Soroti office, who refused to be quoted, said they did not disconnect the water at the hospital but only issued to the hospital management notice of disconnection.

“We know the grief that comes when a disconnection is carried out on such institutions. We always serve them with reminders, notices for them to pay,” an NWSC officer said.

He also said they are demanding more than Shs100m from another government hospital in the region and they have already notified them to pay the bills.