Speaking to local television, the DP said that he suspected that something was miss so he didn’t take Odinga seriously.

“Mr. Odinga called me on four occasions and started this and that, at some time I had to ignore him as I could tell where he was heading,” the DP said.

He later states that the Raila Odinga meet the head of the state and the consultation were made.

“Let me state this, some few people here are trying to spin the information that I’m not happy about the handshake, I, in fact, I  met Raila before he met Uhuru, so all these rumors must stop,” Ruto said. 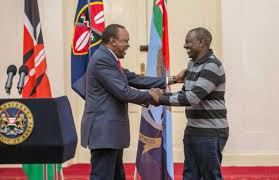 “In Jubilee, we have one central command. Uhuru Kenyatta is the party leader and president and we all refer to him. If there is any engagement with anybody on matters politics it has to start with President Kenyatta. For every approach that was made by Raila Odinga to me, I informed the President. I personally told him I will not engage Raila Odinga.”

Over the last year, deputy president William Ruto had accused the opposition leader Raila Odinga of being insincere with the handshake MOU. 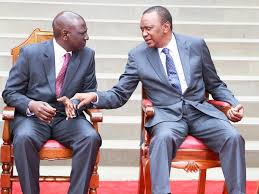 He is on several times being on record stating that the handshake was only meant to allow the penetration of the opposition to the government.

Raila close ally and Siaya Senator James Orengo had said that they are plotting an impeachment motion towards the deputy president William Ruto over gross misconduct. 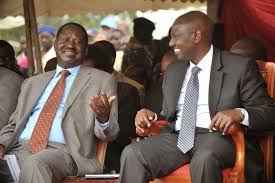 The DP wondered why the former prime minister is quiet while his grassroots leaders are plotting evil against him.

“Opposition leader and his team aren’t sincere with the handshake, in fact, they are working with this movement of stop Ruto headed by Kamanda and Murathe,” he said.

Former prime minister Raila Odinga was recently quoted saying that his union with Uhuru is meant to strengthen the governance structure and those unhappy will have to pack and go.