Death is the most painful thing on earth as it doesn’t spare anyone whether tycoon or beggars, the 6 by 6 deep feet is a must.

Otherwise, if its an option, I guess Jonathan Moi, with all the wealth his family had, would have still been alive. He succumbed to cancer at Nakuru hospital.

While condoling with the family at Baringo, deputy president William Ruto was stressed after he flashed back how his late brother Kiptoo succumbed to cancer.

Ruto’s brother died of kidney cancer in 2016 after it he was diagnosed at an advanced stage of the disease.

He explained that screening helps doctors to detect the disease early and helps to improve a patient’s chances of survival.

“We need to educate our people on the importance of visiting hospitals for cancer screening because, if detected in its early stages, it can be successfully treated,” Ruto emphasized. 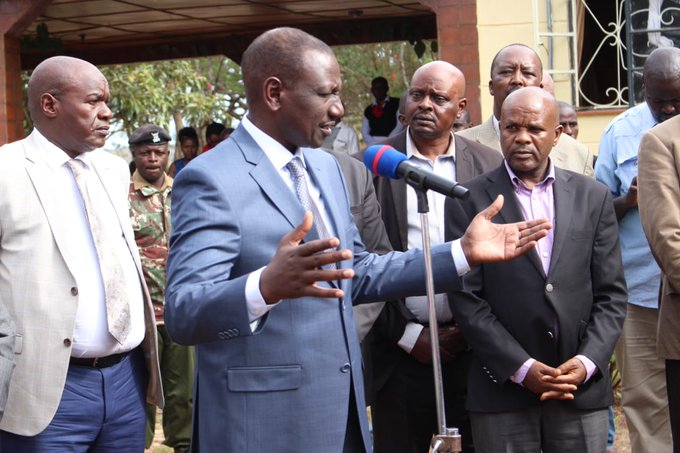 Ruto said Jonathan valued hard work, diligence and dedication to whatever he put his mind to.

“His passing on is a great loss, not only to his family but to the country,” Said Ruto.

Edwin Ochieng is living true to the calling of Journalism, He is passionate about issues of Business and Politics. Edwin Ochieng is a graduate from St Paul University and East African School of Media Studies (EASMS).
Previous Half of Kenyans are nursing depression while the rest suffer mental health
Next Why Kidero’s endless troubles with EACC is bigger than Ruto woes

Why Kiambu Want “Kaba” Kabogo to Vie for Gubernatorial Seat 2022

Itumbi Deletes State House Title a Minute After Being Fired