Wiper party leader Kalonzo Musyoka among other NASA leaders has hinted of a plot to call for the revolution before the year end due to high cases of corruption.

Addressing Kenyans during Labour day celebration at Uhuru Park,Kalonzo said that there is a strong possibility revolution to liberate Kenyans from the abusive administrative government. 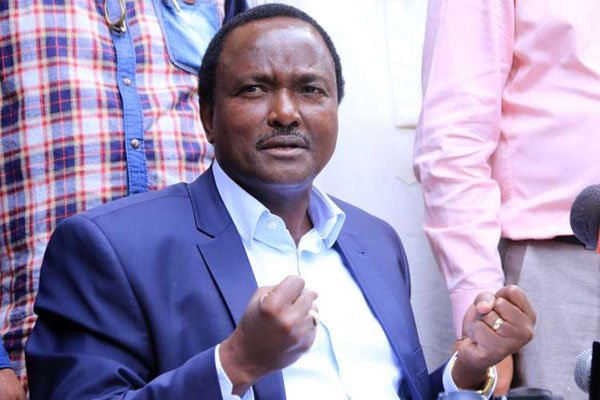 “There is a strong possibility we might be heading for a referendum before the year ends – Wiper party leader Kalonzo Musyoka hints at constitutional reforms,”Kalonzo said.

This is the second time Kalonzo has hinted of the same.He said that Kenyans are tired of corruption song and the time for liberation is now ripe.

Former Vice President Kalonzo Musyoka, has hailed activist Beatrice Waithera for leading yesterday's protest against corruption.
He described her as a 'heroine' pic.twitter.com/4k5a7eOTWj

” It is high time that we slay corruption in public office and uphold integrity .To all corrupt holders of public office – your days are numbered.Kenyans demand action! ” he stated.

This is what makes me so tired. Kalonzo Musyoka speaking of lifestyle audit and Fighting corruption when we all know he stole government land that belonged to NYS at Yatta. And even have evidence which has been presented to parliament before by Johnstone SAKAJA. pic.twitter.com/5O2AR2f4ZW