Kiambu County Governor Ferdinand Waititu has attacked the Directorate of Criminal Investigations shortly after the Senate exposed him on his fraudulent budget for the financial year 2017/2018.

Through a press release from Kiambu County government that came out shortly after Waititu’s appearance before the Senate committee, the Kiambu government has told the DCI to desist from targeted arrests and vigilante mob justice being advanced by a section of media and blogs.

This might be a clear indication of fear of arrest from the County boss. Leaders allied to Deputy President Dr William Ruto have been bashing the DCI over what they claim targeted arrests.

Among the queried expenses from Kiambu County are Sh902 million spent on the coordination of State House Functions. The vote had been allocated Sh973.9 million during the year.

The Kiambu government also spent some Sh793 million on Free Primary Education. The vote, despite being a National Government function had been allocated a whopping Sh804 million during the year.

The allocations and expenditures were flagged out by the Senate County Public Accounts and Investments Committee chairman Moses Kajwang. 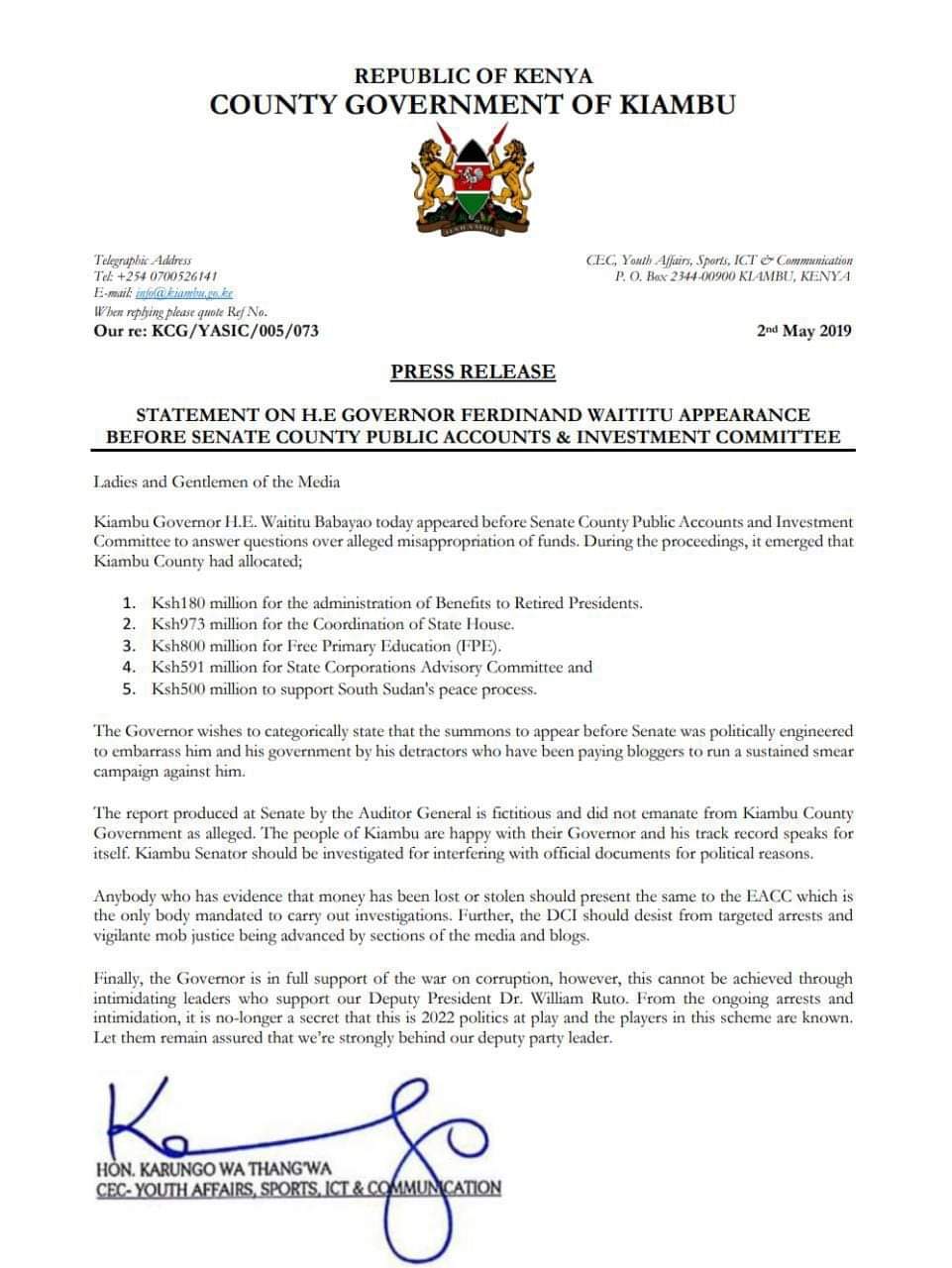