Supremacy battle between Gideon Moi and William Ruto has been on the rise for the last three years.

The difference played well during the burial of Jonathan Moi last week where Gideon was accused of ignoring William presence.

Political analysts state that community elders have been on record fueling their differences.

They argue that community elders are expecting to earn big during the 2022 election with a promise of uniting them.

James Gachuhe, mount Kenya based politician states that elders should help in uniting the community instead of pushing off their personal interests.

“Let the Kalenjin elders bring the community together, this is the time they should unite the two politicians instead of waiting until 2022,” he said.

Since DP Ruto and Gideon come from two smaller communities within the bigger Kalenjin ethnic conglomerate, the conflict is not just one between two individuals but between the Tugen and the Nandi.

The genesis of this conflict is rooted in negative ethnicity, the ideology of all our ethnic community politics that propel leaders to seek the leadership of their ethnicities and clans as a base of reaching national leadership.

Efforts by influential Kalenjin elders and leaders to reconcile Deputy President  William Ruto and his rival Gideon Moi collapsed a few months ago.

Ruto’s side has insisted that Gideon, the Baringo senator, should suspend his own presidential ambitions in favour of their man.

But the son of retired President Daniel Moi has stood his ground and insisted he will only back down if he sees a clear benefit to the Kalenjin community and to Kenyans. 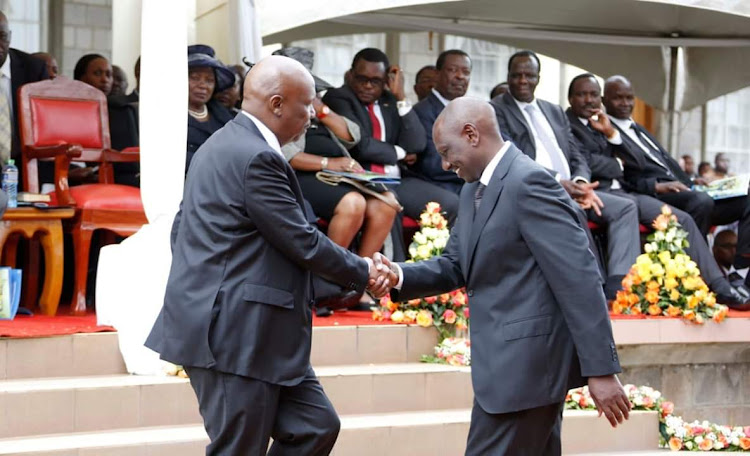