Several people have been injured after a Russian Aeroflot plane caught fire and was forced to make an emergency landing at Moscow’s Sheremetyevo airport.

Video taken by witnesses at the airport on May 5 showed the Sukhoi Superjet aircraft engulfed in flames with a huge plume of black smoke rising above its tail.

According to RIA Novosti, there were 78 passengers on board the plane. TASS reported 73 passengers and six crew members.

There also was conflicting information about the number of victims, with TASS quoting a source as saying that one person had died and at least 10 people were injured. No other agencies reported any deaths.

It was not clear what caused the fire on flight SU-1492, which left Moscow for a 2.5-hour flight to the northern Russian city of Murmansk.

“According to preliminary data, several people were hurt. At least 10 ambulances have been dispatched to the site,” the TASS news agency quoted a source in the local emergency services as saying.​Based on reporting by TASS, Reuters and RIA. 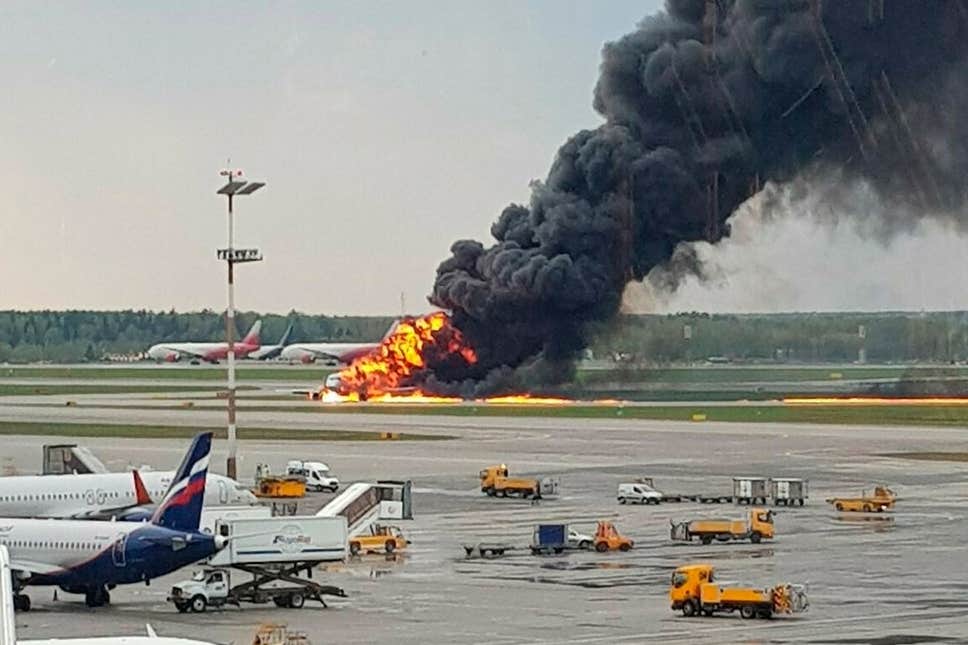 Based on reporting by TASS, Reuters and RIA