Meru Governor Kiraitu Murungi has told off critics of his development record saying he will not be distracted from delivering on his promises.

Interestingly, Mr. Linturi and Mr. Aburi, who helped governor Murungi defeat Mr. Munya in the 2017 election, on Saturday expressed their regrets for fighting the CS and failing to back his Party of National Unity.

Speaking in the wake of recent censure by several county leaders including former Governor Peter Munya, Senator Mithika Linturi, and Eala MP Mpuru Aburi, the governor said he had done well compared to his predecessor. “Let us be given time to work since we have been in government for barely two years; the impact on the ground is being felt. In any case, we are not making instant coffee,” Said The Governor.

Kiraitu said at Chugu and Munithu villages in Nyaki East Ward, North Imenti. “Naysayers will not stop our vision. The dogs will continue barking from the roadside but my development caravan will keep moving on,” he said.

The governor was launching boreholes at Munithu Girls’ Secondary and Chugu Primary School. The Governor also laid the foundation stone for the proposed Kathithi Vocational Training Institute before distributing Sh93.8 million that will be used for the construction of ECDE classrooms and village polytechnics countywide. 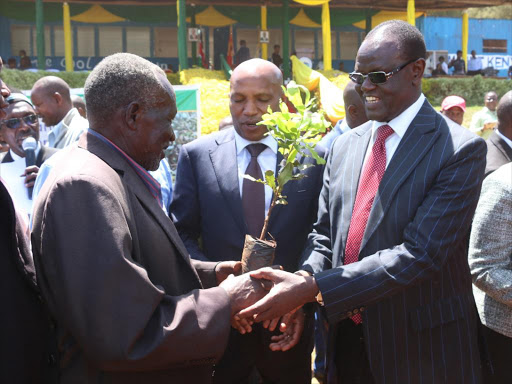 Deputy Governor Titus Ntuchiu who spoke at the same event said, “We ask Munya to concentrate on his duty and cease interfering in Meru affairs, he lost the mandate in 2017 because of poor development record,”