The Chinese illegal activities in Kenya are gaining momentum as the government is busy chasing cheap loans from them.

Since the construction of Thika superhighway by the Chinese contractors, the number of Chinese national has increased to folds a move that the Jubilee government seem not to worry.

The registrar of the company had earlier announced that there are about 400 Chinese companies in Kenya while dozen aren’t registered thus engaging in the illegal business.

Now China is not only stealing and occupying Kenya but at the same time, they also stealing massive quantities of soil from different parts of the Country for both mining and island-building purposes.

An investigation by the writer has revealed that senior government officials are busy benefiting from the kickbacks to protects the Chinese national to do scandalous activity across the Country.

For instance, top KWS officers were accused of protecting the Chinese who were engaged with stealing and destroying Ngong and Ololua forests.

A senior representative from Kajiado was heard in a popular club complaining that the government is giving the Chinese a go-ahead to rob forests.

He claimed that what is contained in those secret contracts between Kenya and  VChina must e made public.

While loading the soil, the lorries had their number plates covered with manila papers to conceal the registration numbers while in some extent majority of the plates are removed.

Then it’s reported that the transportation of the soil is done at midnight while the roads are less busy.

These criminal activities must have been going on for a couple of years, but local authorities are quiet about it because of probably lavish under-the-table considerations.

The same thing has been going on in every corner of the Country where they are constructed to build roads and railways.

Tons upon tons of soil are loaded into an army of ships going to and from Chinese territories. 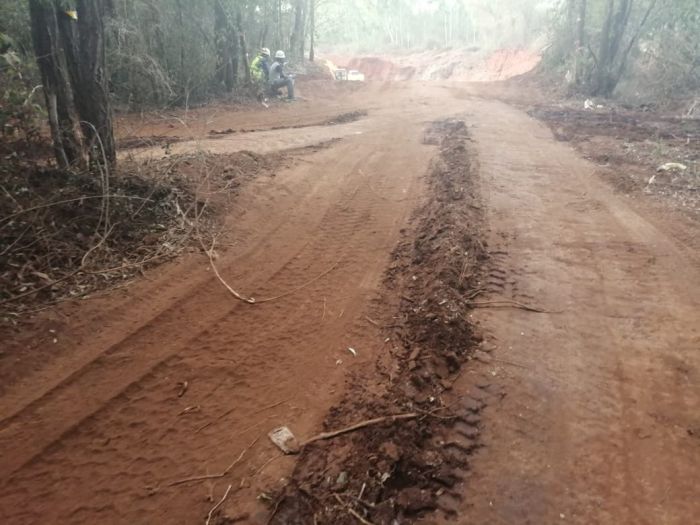 Zhang Shaowei, manager of China International Cooperation Company Limited, was charged with soil theft in a Kisii court after he appeared before resident magistrate Stephen Onjoro.

He was accused of stealing the soil in Wanjare, Kisii County between July 6, 2018, to August 20, 2018, in a parcel of Land registered to Enock Onchangwa.

A Chinese National who requested anonymity has said that the dumping charges in Kenya are very high and they opt to export the soil to China to be used for irrigation.

#DamnChinese destroying Ololua Forest! So I stay next to the Ololua forest and the last few weeks there has been so much commotion in the forest, so today we took a way to the forest and we found the Chinese have been destroying the forest and digging deep holes there

‘Yes we have been doing these businesses through the help of top government officials and at the end, they benefit through kickbacks, as you know the overpopulation in China has led to pollution of soil making it unsuitable for farming,” he said.

He adds that the transportation of soils happens at midnight when there are fewer activities on roads and the tone to tones of soil are transported to the port on a daily basis.