Kenya took on huge debt to buy a modern railway from Beijing that it hopes will boost its economy … despite the controversy, it has attracted.

At the close of the 19th century, Britain decided to build a railway line, the Lunatic Express, from the port of Mombasa on the Indian Ocean to its protectorate of Uganda, in a bid to lay claim to the land in between amid rumblings that the German and French empires were coming for it.

In 2014, the Kenyan government decided the aging line needed replacing and agreed to pay the state-owned China Road and Bridge Company about $3.6 billion to build, finance and, initially, operate a Standard Gauge Railway (SGR) between the capital of Nairobi and Mombasa, in a bid to fire-up the East African country’s developing economy. 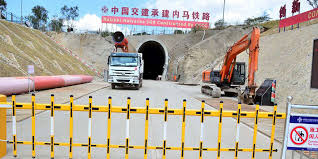 According to CNN’s Jenni Marsh here are the positives and negatives surrounding the ambitious train line.

Known as The Madaraka Express, the train line slices through some of Kenya’s most dramatic landscapes with views of the animals at the Tsavo East National Park and Mount Kilimanjaro visible in the distance. Philip Jamuhuri Mainga, managing director of the state-owned Kenya Railways Corporation (KRC) explains how the route’s use as a safari was unexpected: 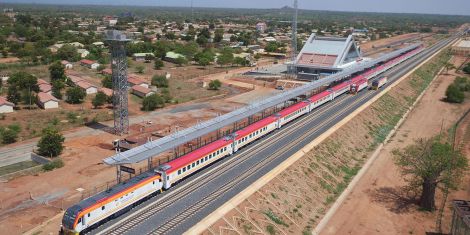 “The Madaraka Express has caught us unaware, even that second train is fully booked.”

Since opening in May 2017, the Madaraka Express has never once been late and has moved 2.7 million passengers. The railway line also shifts cargo from the port of Mombasa to Nairobi avoiding the only road route of a single-lane road which is prone to sudden sandstorms, heavy rain, and lethal accidents. 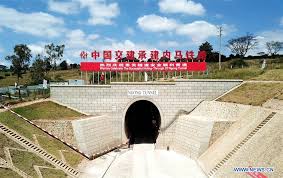 However, the train route has faced controversy. In December 2018, reports emerged in the Kenyan press that a Mombasa port was at risk of being seized by Beijing over unpaid debts. The Johns Hopkins China Africa Research Initiative also reported that Kenya had borrowed $9.8 billion from Beijing as of 2017, around 21% of its total external debt.

Not everyone has profited from the project. In 2015, Benjamin Mutuma’s new construction company had won contracts to build drainage for three stations along the Madaraka Express, under a government plan to support young business people.

However, he tells CNN of problems faced with Chinese management who would supply building materials but at the end of the month would say too much had been used and dock his wages:

“Every time we were billing, we were fighting. Every three months, you had a new person supervising your team. When these guys landed in Nairobi, they knew no English. Zero. So you would have to communicate via sign language.” 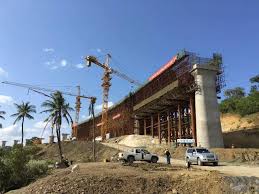 The future of China’s involvement in the Kenyan train industry remains uncertain but what is clear, however, is that no one wants to see a return to the madness of the Lunatic Express.