Shares in Kenya’s Safaricom Plc opened 2.7% lower at 27.35 shillings ($0.2672) on Monday after the telecoms company announced the death of Chief Executive Robert William Collymore after a nearly two-year battle with cancer,Refinitiv data showed.

In May, Collymore, 61, had said he would stay in his position for an extra year. He had been due to step down in August after nine years at the helm, during which time Safaricom’s share price rose by more than 400%. ($1 = 102.3500 Kenyan shillings). 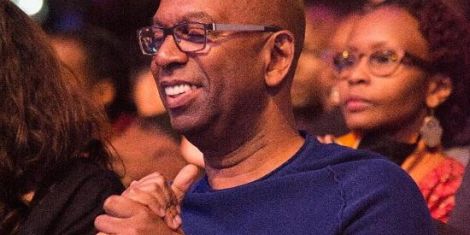 Safaricom chairman Nicholas Ng’ang’a said the company was saddened by the news of Collymore’s demise but added that the company is in good hands.

He said Collymore’s ideas and vision would continue being carried out by the board.
Safaricom on Monday changed the logo on its social media profile photos from green to grey to mourn Collymore.