Former Kiambu governor William Kabogo has called on politicians to stop rhetoric politics of 2007-2008 that has already dominated the airwaves.

Speaking to Newsline.co.ke Kabogo regrets that politicians have once again revisited the Kiambaa issues to gain the political marriage in preparation for 2022 contest.

He states it’s shameful for elected leaders to polarize the Country with tribal politics characterized by Tangatanga, Kieleweke and team Wanjiku.

“I sometimes wonder where the Country is heading with all these political shenanigans full of hatred and enmity, politicians are back now to evokes the memories of Kiambaa without considering the dangers they are put families that were affected into, “He states.

Kabogo advises that politicians should stop the rallies they are engaging in every weekend and concentrate on development oriented politics.

The former states that the head of state earlier directive of shunning politics should be adhered. 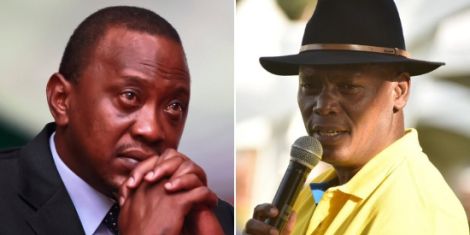 “My brothers and sisters, this isn’t time to campaign for your favorite candidate, it’s time to work for Wanjiku who elected you to power, let once appreciate by serving them diligently and they will appreciate,”Kabogo said.

Bishop Joseph Wandera made the announcement as he explained that the decision had been arrived at after thorough consultations.

“We recognize and appreciate our political leaders but we have been getting interference from politicians and funerals have been losing religious value as they are turned into political rallies. We shall continue recognizing them but we shall not allow them take over our burial services,” he said.

Politicking is not the only concern that was raised by the Bishop as it was also noted the funerals during the weekends clashed with other church functions such as fundraisers, weddings and fellowships.