The government will soon launch an all-out offensive against individuals and companies polluting waterways across the country.

Interior Cabinet Secretary, Dr. Fred Matiangi, has declared that nothing will be left to chance as the country seeks to work around climate change and its consequent effects.

Speaking in Embu where he presided over the official opening of the 10th edition of WASCO games on behalf of H.E. President Uhuru Kenyatta, Dr. Matiangi linked rampant environmental degradation in the country to indiscipline among Kenyans but warned that a great turning point is in the offing.

“We have some serious environmental threats as evidenced by the recent water scarcity in the country, and we’re staring at an unprecedented crisis. It’s high time we become disciplined in the management of our resources unless we intend to hand over a dirty environment and toxic waterways to our future generations,” he said.

On his part, the Cabinet Secretary for Water and Sanitation, Simon Chelugui, divulged that an inter-ministerial team will soon be established to assess the situation and formulate a comprehensive framework that will guide anti-pollution efforts, reclamation of encroached waterways, as well as rehabilitation of water catchment areas.

Dr. Matiangi weighed in that the framework will be enforced decisively and challenged the water service boards and providers to shoulder more responsibility and support the government towards the realization of the United Nations’ recommended standard of 10 percent tree cover by 2022. 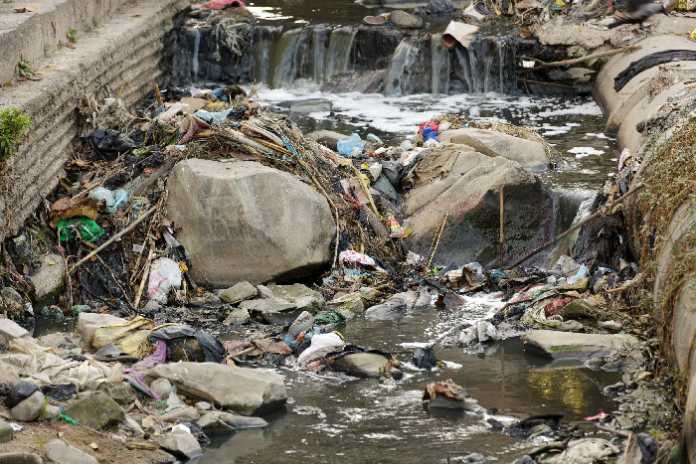 The Ministry of Interior has already made remarkable strides through the Greening Kenya Campaign, an afforestation drive being undertaken in collaboration with the Ministry of Public Service, Youth and Gender Affairs.

Dr. Matiangi intimated that plans are underway to develop Key Performance Indicators with a view to cascading the campaign to National Government Administration Officers (NGAOs) to ensure sustainability.

Kenya loses approximately Kshs. 7 billion annually through leakages and theft of water (non-revenue water), and this year’s WASCO games are intended to invoke community participation and create awareness on the sustainable management of water resources, best practices on the use of available water and how to mitigate wastage and losses.

Embu Governor, Martin Wambora, and Principal Secretary for Water and Sanitation, Joseph Irungu, were among the dignitaries who attended the ceremony.