Just a few days after the burial of the Tamco Sacco chairman John Demathw, the members have embarked on the construction of a five-story building at Kenol Town in Murang’a County.

Officials of Talented Musicians and Composers Association (TAMCO) Sacco accompanied by their patron, the Murang’a governor, Mwangi wa Iria oversaw groundbreaking of the project which will sit on a 0.68-acre piece of land.

Once completed, the building will house a music production studio and commercial premises to support the Sacco members generate more revenue. 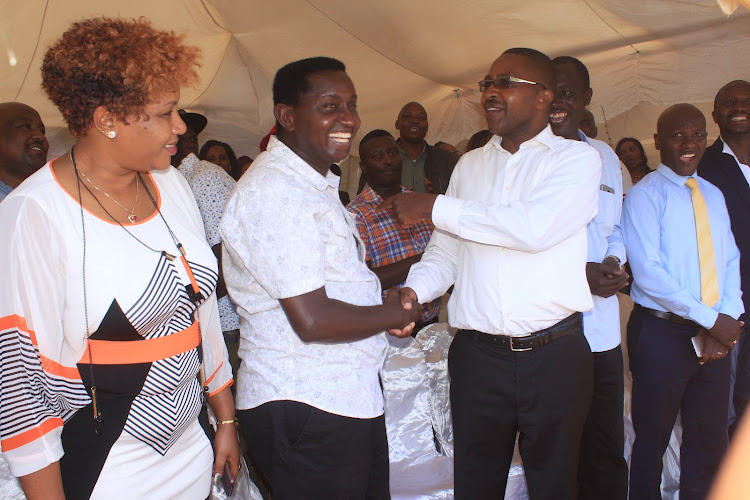 The interim Chairman of the Sacco, Epha Maina said the building would be of great benefit to member musicians in the near future.

He said since the establishment of the Sacco last year, the artists have been able to mobilize funds to acquire the piece of land at Sh8 million.

“It was the wish of our former Chairman De Mathew and as a way to honor him, we opted to commence construction of the building immediately,” added Maina.

The building is expected to take two years and would cost Sh.80 million which the officials were looking to get loan to implement the project.

Currently, the Sacco has more than 300 members with the officials calling other musicians not only from central region but other parts of the country to join the Sacco.