Choppies supermarket has put up its assets on sale and announced plans to exit from the Kenyan market after classifying its twelve outlets as distressed.

Choppies entered the Kenyan market in 2016 after spending Kshs 1 billion in taking over Ukwala Supermarkets.

The supermarket has been hit by operational turbulence leading to inability to pay suppliers, all which led to the closure of some of its outlets in Kenya.

The retailer’s condition worsened in 2018 when the Botswana Stock Exchange (BSE) and Johannesburg Stock Exchange halted trading of its shares over failure to release financial results for the year ended 30th June 2018.

The firm’s shares have dropped by more than 60% since last September. 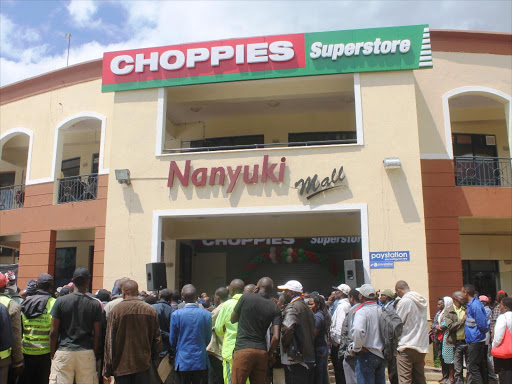