Meru Chief Magistrate Hannah Ndung’u ruled three men that molested a teenager in a police cell be jailed for 15 years.

Dickson Murangiri, Geoffrey Mutethia and Boniface Kimathi had sodomised a 17-year-old boy inside a police cell in Meru two years ago.

On the night of the incident, the boy was being held on allegation of physical assault.

Murangiri and Kimathi are serving a 20-year jail terms each after they were found guilty of killing Julius Mungathia, a crime they committed in 2012 in Igembe North. 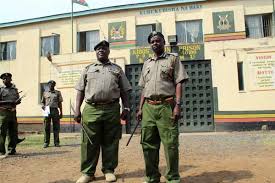 While calling for custodial sentence, State Counsel Antony Musyoka informed the court that the first and third accused persons were serial offenders.