Mobile telecommunications dealer, Mobicom, which has been the largest dealer for Telkom Kenya has reportedly fired more than 800 employees in what was attributed to a drop in the business which was linked to the merge of Telkom Kenya and Airtel Kenya.

In a memo, the firm said that the ongoing negotiations with Telkom-Airtel have not been concluded favorably and, therefore, pits the company in a bad state.

Mobicom, in a letter sent out to staff members, highlighted that the firm’s business in the country had reduced by 90 percent prompting the mass layoff.

In a statement, Mobicom said that for over a month operations issues with its principal Telkom had led to the temporary suspension of their account leading to delay in the provision of merchandise such as airtime and lines. The delay in supply has negatively affected the sales and subsequently the revenues. 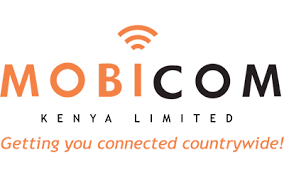 Mobicom staff were given a one-month leave between August 13 and September 12 before issuing termination letters effective August 31.

In addition, out of Mobicom’s 98 dealerships across the country, only three were still operational following the sacking.

The mass layoff adds to the 575 workers that Telkom Kenya lay off claiming they will be redundant following the Airtel merger. 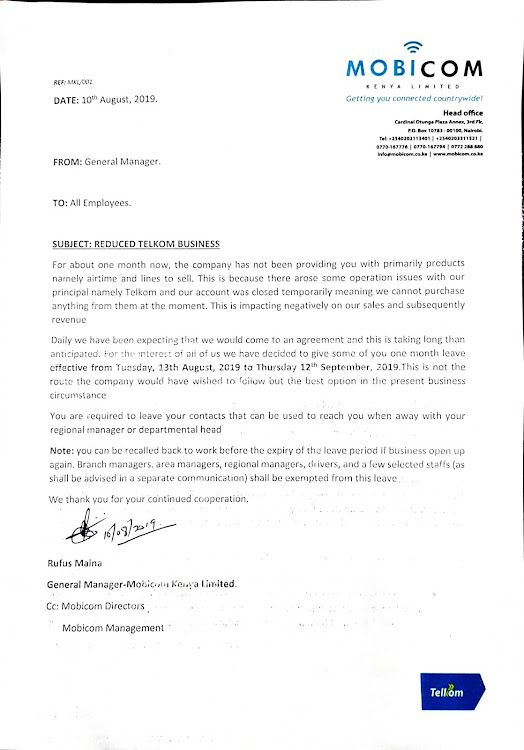 Shock!! Woman who gave birth on the floor defends nurses.