Packing children’s school bags with heavy stuff is likely to injure their spines, a new study, “Backpack Forces on the Spine” conducted by a team of American researchers led by Dr Kenneth K Hansraj, has revealed.

Dr Hansraj is a spinal and orthopaedic surgeon at the Vassar Brothers Medical Centre, Hudson Valley, New York, US. He specialises in, among other things, cervical, thoracic and lumbar procedures.

Dr Gonza Waiswa, an orthopaedic surgeon at Mulago National Referral Hospital, on Thursday said it was possible to injure one’s spine by carrying heavy loads, but hastened to add that he had not treated any such cases among children.

“I have not yet got any cases of children’s spines being injured as a result of carrying a heavy school bag or heavy loads, but I know that it is a possibility,” he said.

Outcomes of previous research had revealed that use of backpacks or school bags was responsible for alteration of the way in which people walk and influencing their body postures.

It has also been known to cause back and neck pains, disc compression and plantar foot pressure.It also indicated that the number of straps on a school bag did not have any influence on the child’s gait, but adds that lack of symmetry leads to measurable postural changes and diminishing function of the lungs.

That research was, however, focused on the impact of the forces exerted by backpacks on load distribution, back pain and gait and suggested that it was safe for children and adolescents to carry backpacks of up to 10 per cent of their body weight. 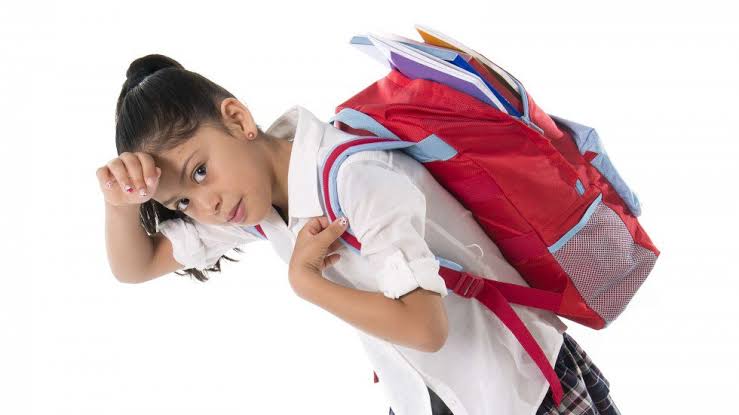 Dr Hansraj’s research was carried out to assess the effects of incremental backpack loads on the spine and entailed conducting an analysis on model human spines loaded with backpacks of different sets of weights.

In one scenario, the model spine was placed in a regular posture while the spine was tilted forward by 20 degrees in the second scenario before weights were incrementally placed on the spines. Backpack weights ranging from 0.45kgs to 45.36kgs were used.

Edwin Ochieng is living true to the calling of Journalism, He is passionate about issues of Business and Politics. Edwin Ochieng is a graduate from St Paul University and East African School of Media Studies (EASMS).
Previous Owuor’s Followers to Build him ksh330million Mansion with Underground Bunker
Next New unique feature on Odibets sees Vihiga painter win big