Edwin Ochieng October 25, 2019 News Comments Off on Family Dug Grave for HIV-Positive Man in 1998 But He is Still Alive 496 Views

All hope was lost after Moses Nsubuga tested HIV positive 25 years ago, from his wife abandoning him to his family preparing for his death.

He recalls that while still pondering his next move, his wife excused herself to visit the washrooms. She never returned. It was the last time he saw her and their eight-year marriage ended just like that.

Nsubuga who is living positvely hopes when researchers finally make a breakthrough in the long search for an HIV/Aids cure, it will find him alive.

It was the last time he saw her and their eight-year marriage ended just like that. “The mother of my children left me at Bawman House,” Mr Nsubuga, a musician, recounts.

He was not enrolled on anti retroviral treatment until 1998 when he became very ill. But he did not adhere to the prescription and after two years, he developed drug resistance. 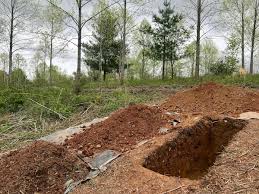 Nsubuga became so critically ill that his aunts he lived with in Entebbe thought his death was imminent. They resolved to take him home in Kitalaganya, 20km after Nakasongola District.

He was rescued by former Ntenjeru North Member of Parliament Sarah Nyombi, who upon learning that Nsubuga had been taken to the village to await his death, organised transport and brought him to the Joint Clinical Research Centre in Kampala.

Edwin Ochieng is living true to the calling of Journalism, He is passionate about issues of Business and Politics. Edwin Ochieng is a graduate from St Paul University and East African School of Media Studies (EASMS).
Previous Photos of Lady Who was Poisoned By Her Own Friend Surface Online
Next 7 Gorgeous Photos of “Power Couple” Ken Wakuraya and Muthoni Mukiri