Share
The High Court in Nairobi has ruled in favour of KRA in a case filed by a Dubai based company seeking orders to stop KRA from collecting KShs 2.3 billion in tax debts from its affiliate company registered and operating in Kenya.

Suzan General Trading JLT had sought among others a declaration that the action by KRA enforcing the warrants and distress notices issued on 9th July 2018 and 30th September 2019 respectively to recover a tax (customs duty) debt owed by its affiliate company Diplomatic Duty Free Limited (DDF) are unconstitutional and in breach of its fundamental rights and freedoms.

The Company had also sought an order lifting and cancelling the warrants and notices of distress dated 9th July 2018 and 30th September 2019 respectively on account of the debts owed to KRA by DDF. 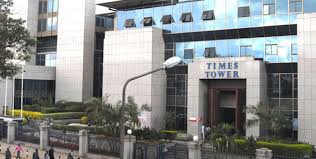 The Company further sought for an order prohibiting KRA from attaching any property or issuing further proclamations whatsoever on its property in relation to a debt due to the KRA by DDF, a company that it alleges is totally distinct, separate and unconnected to it.

KRA’s position on the Petition which was successfully argued was that Suzan General Trading JLT’s case was res judicata because the Petitioner had previously filed Judicial Review Proceedings in Nairobi HC Misc. Civil Application No. 287 of 2018 which case had been struck out on 23rd September 2019 on the ground that the Court lacked jurisdiction to hear the dispute.

KRA’s preliminary objection dated 14th October, 2019 was upheld and the Petition was dismissed on 31st October, 2019.

In conclusion, the Court held that the issues and reasons why the Petition was brought before Court were the same ones which had been canvassed in the judicial review proceedings. Consequently, the Court condemned the Petitioner to pay costs to KRA as a punitive measure to stop abuse of the Court process.

Edwin Ochieng is living true to the calling of Journalism, He is passionate about issues of Business and Politics. Edwin Ochieng is a graduate from St Paul University and East African School of Media Studies (EASMS).
Previous Kikuyu Artist Kioi Junior Says He Doesn’t Believe God Exists
Next Comedian Kiengei Ex-Wife among Those Sacked at Kameme Tv