A section of farmers from Baringo County took to the streets to demand closure of Goldox donkey abattoir in the outskirts of Mogotio town over escalated theft of the animal.

Besides pollution, they stated that, since the establishment of the donkey abattoir there has been drastic decline in the population of the animals in areas within Mogotio, Tiaty, Baringo Central Baringo North and Eldama Ravine Sub-counties.

The close to hundred protestors from Mogotio, Lembus and Mumberes, Majimazuri Wards brought business in Kabarnet town to a standstill as they marched peacefully along the streets of the town chanting anti-donkey slaughter songs as they displayed placards.

Isack Laisa, representative of the protestors who spoke to journalists outside the main gate of Baringo County Assembly said  donkey keepers in Baringo have lost the animals which were crucial in their daily living, adding that they prefer donkeys when they are alive than when they are dead. 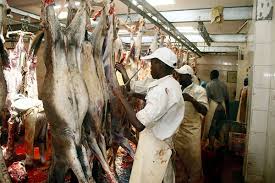 “We have lost many donkeys which they are a resource to us and contributes to the funding of our children’s education and many other important matters in our community. When we see few selfless individuals taking advantage of us by stealing the donkeys, we get irritated,” said Laisa.

He stated that their rights as donkey farmers have been infringed following the establishment of the Goldox slaughter house thus forcing them to have their petition to the County Assembly for immediate intervention which will lead to its closure.

Laisa argued that the demerits residents of the county have gotten following establishment of the donkey slaughter outweighed its merits and that is why they are pushing for the closure of the facility.

“The economic losses we are witnessing following donkey theft is unquantifiable compared to the little revenue the County Government gets from the investor,” he reiterated.

The farmers urged the County Government to look for alternative investment opportunities within the region for the Chinese investor, saying donkey slaughter was a thorn in their flesh.

Margaret Wambui, a donkey farmer from Mumberes Maji Mazuri Ward said that it was even ungodly to slaughter a donkey given the fact that it was used by Jesus to travel during his gospel tours in areas around Jerusalem.

“We travelled for more than 100 kilometers to Kabarnet town to pass a message to our leaders and the world at large that we are opposed to donkey slaughter,” said Wambui.

Mogotio Member of the County Assembly (MCA) Charles Koskei and his Sacho Ward counterpart John Tarus, who calmed the residents assured them that their grievances shall be discussed by the County Assembly which will determine the fate of the donkey slaughter business. 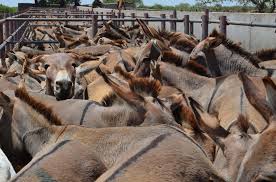 The Mogotio MCA noted that no individual can overrule the call by the community to have the donkey slaughterhouse closed, arguing that the procedure to be followed will be guided by the law.

Koskei said he was going to take action against donkey brokers and the operators at the abattoir who harass farmers pursuing their stolen animals.

By Vincent Minin’gwo and Christopher Kiprop

Edwin Ochieng is living true to the calling of Journalism, He is passionate about issues of Business and Politics. Edwin Ochieng is a graduate from St Paul University and East African School of Media Studies (EASMS).
Previous DTB Signs Partnership with Simba Corp to Boost SMEs
Next Shock as Murder Suspect Lynched by Locals