Five people have been killed and 62 others injured after two buses collided in Kiongwani along the Mombasa-Nairobi highway.

This has been confirmed by Makueni County Police Commander Joseph ole Napeiyan.

The accident involved two buses belonging to the Modern Coast.

Makueni County commander Joseph Napeiyan said the two buses headed in opposite directions collided head-on in the 2 am accident. 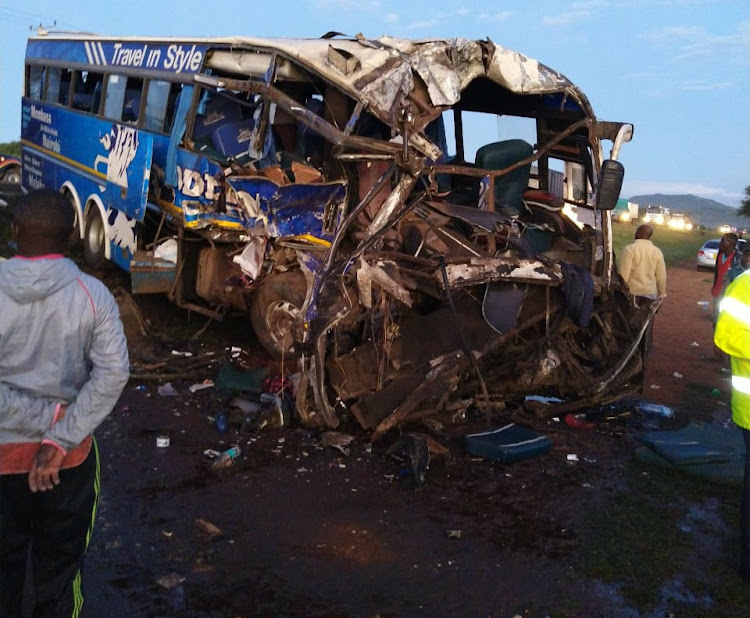 “One of the buses was heading from Malaba town while the other one was heading towards Nairobi when the accident occurred. The bus coming from Mombasa left its lane and collided with the oncoming bus,” said Mr Ole Napeiyan.

He said police had managed to control traffic and there was no grid lock on the busy highway.

Those injured were rushed to Sultan Hamud sub-county hospital.

Edwin Ochieng is living true to the calling of Journalism, He is passionate about issues of Business and Politics. Edwin Ochieng is a graduate from St Paul University and East African School of Media Studies (EASMS).
Previous EkaBet Among fast growing Accredited Betting Sites in Kenya
Next Glenmorangie Single Malt Whiskey Takes Over Kenyan Market