Raymond Ofula, Neomi Ng’ang’a and Peter Kamau are set to star as celebrity judges for hundreds of aspiring and established thespians and actors who have expressed interest to be the ‘Next Superstar’

‘Next Superstar’ is the first acting reality show in Kenya produced by Pay Television Company StarTimes Kenya whose aim is to discover the best home-grown actor or actress through a series of nationwide auditions and competitions.

The show in the form of casting, builds a platform to discover ordinary people with acting talent to realize their dreams as professional actors or actresses, while further contributing to their career and belief through opportunities for the eventual winners to participate in upcoming local and international productions. 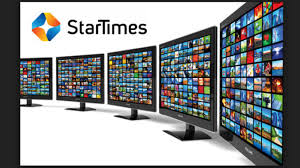 The show will present an opportunity for the raw talents who may have otherwise not had an opportunity to showcase their talentsdue to lack of exposure or funds to launch their own productions.

Celebrity judges Raymond Ofula, Neomi Ng’ang’a and Peter Kamau have been entrusted with the tough task to screen, inspire and shape the young actors to play strategic roles at the highest level of film productions. Participants will recruit their own teams and compete with each other during the show which will broadcast on Rembo TV every Monday from 17th February at 7:20 PM and Sino Drama channel on the same day from 8:00 PM .

In the first round, based on the monologue performance of all the contestants, the three judges will shortlist 24 out of 70 participants and divide them into three groups. Each judge will then lead and train his or her group till the next round in which the contestants will further face a similar shortlisting exercise.

As the reality show progresses, the three celebrity judges and their groups will usher in the best six shortlisted candidates to participate in the final.

Contestants who take up the top three positions will have the opportunity to participate in the filming of a Kenyan film to be released in several Kenyan cinemas.

StarTimes Director of Content Mr. Michael Mugo notes that the Pay TV platform is committed towards supporting the development of local production capacities as there is a lot of potential in the country where lots of talented people are only missing an opportunity to showcase what they can do.

“We therefore want to give them this opportunity so here comes the Next Superstar.” Noted Mr. Mugo.

Edwin Ochieng is living true to the calling of Journalism, He is passionate about issues of Business and Politics. Edwin Ochieng is a graduate from St Paul University and East African School of Media Studies (EASMS).
Previous Man killed in Langata Road minute after Leaving Weston Hotel-Photos
Next Java House Opens 70th Outlet at Highway Mall