Moses Kuria was reacting to social posts by netizens claiming that president Uhuru Kenyatta was misled to publicly congratulates Brenda and Brian who are first and third patients to recover from COVID-19.

Kenyans believes that their stories aren’t coherent and they might be fake stories aimed to give Kenyans hope.

“From a communications point of view, the Government of Kenya performed badly on COVID-19 yesterday. Forget the Prophet Owuor healing Press Conference for the Brenda & Brian Initiative. Do not be fooled. Continue keeping safe. Corona Virus is a very lethal killer. 100,000 Americans will die in the next 2 weeks as confirmed by President Trump,”Kuria said.

He added that someone mislead the head of state and he should be working alone. 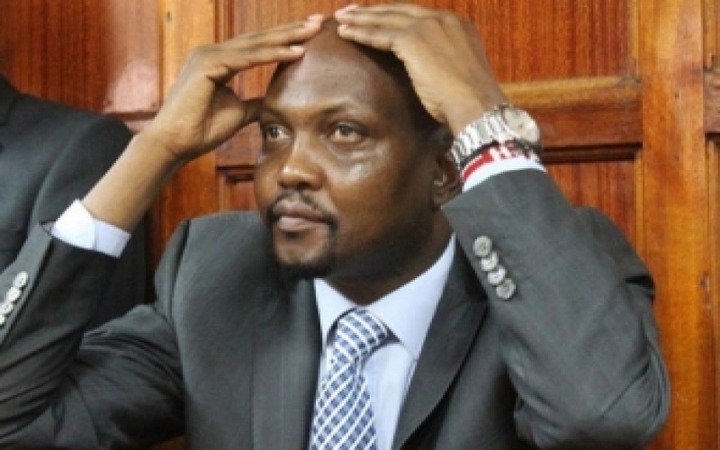 The cases of corona victims who has tested positive are 81,one death reported and 3 recoveries.

The relationship between president Uhuru Kenyatta and his deputy William Ruto worsened since the introduction of the handshake with former prime minister Raila Odinga.

Also being excluded from the building bridges initiatives (BBI) worsened the matter as his close friends accuse Raila Odinga of taking advantage of Uhuru’s innocence.

Severally,deputy president William Ruto has accused the media of being used by the opposition to fuel the propaganda that he isn’t in good term with the head of state.

Ruto has maintained that not once that he has disrespected the head of state noting that their relationship is intact and no one can break it.

“Don’t listen to those people,i really support president Uhuru Kenyatta as his deputy and all these trips that i make are meant for the fulfilment of the Jubilee big 4 agenda,”Ruto once said in media interview.

Edwin Ochieng is living true to the calling of Journalism, He is passionate about issues of Business and Politics. Edwin Ochieng is a graduate from St Paul University and East African School of Media Studies (EASMS).
Previous Governor Sonko Latest Strategy to Wipe Out Possible Covid-19 Spread in all 85 Wards
Next Opera Mini to Provide Kenyans Access to Official COVID-19  Information