The late Kikuyu artist Jimmy Wa Yuni who succumbed on Wednesday after fatal road accident might be accorded a state funeral just like his late friend John Demathew.

A privy Source has hinted that Wayuni was a great friend to president Uhuru Kenyatta considering they come from the same constituency Gatundu South and also the fact that he was an inspiration to many. 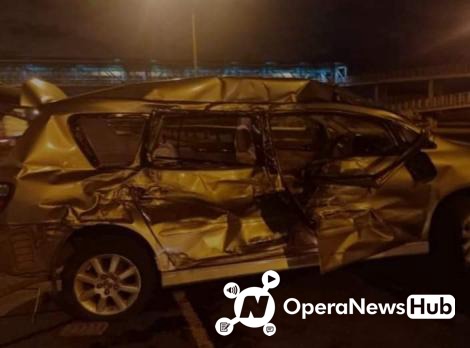 He said that President Uhuru Kenyatta personally might not attend the burial but state machinery are actively involved to ensure that he gets a decent burial despite the Coranavirus calamity.

He said that after learning of his demise, Jubilee Party vice chairperson David Murathe called key artists from mount Kenya to confirm the rumours and urged them to rush to the scene as well to the mortuary to ensure that everything was in order.

Also, Uhuru’s brother Muhoho was also said to have visited the scene to witness.

“Jimmy wa Yunni wasn’t just a common person, he had gained respect from all corner, already state machinery are planning on how to accord him state funeral just like what they did to Demathew,” he said.

During the late John Demathew burial, David Murathe and Muhoho Kenyatta, as well as William Kabogo, were actively involved.

Edwin Ochieng is living true to the calling of Journalism, He is passionate about issues of Business and Politics. Edwin Ochieng is a graduate from St Paul University and East African School of Media Studies (EASMS).
Previous Popular Kikuyu Artist Jimmy wa Yuni is Dead Following Grisly Road Accident Near Kahawa Barrack
Next Don’t Intimidate Us Over Ruto,We Won’t be CowedTangatanga MP Warns Uhuru