Edwin Ochieng June 6, 2020 News, Politics Comments Off on Details Leak on Why DP Ruto had to Visit Dreaded Elders From Koitalel Clan 1,648 Views

The social media was on Friday flooded with information that the deputy president William Ruto had visited elders from Talai clan who descendants of Orkoiyot Koitalel Samoei.

The meeting is said to have lasted for about 8 hours seeking solutions on how to convince Kanu Chairman Gideon Moi to step down for him.

Political pundits believe that the meeting with elders was well organised as he was dressed with Kalenjins traditional regalia accompanying by no government security details as is the norm to his office. 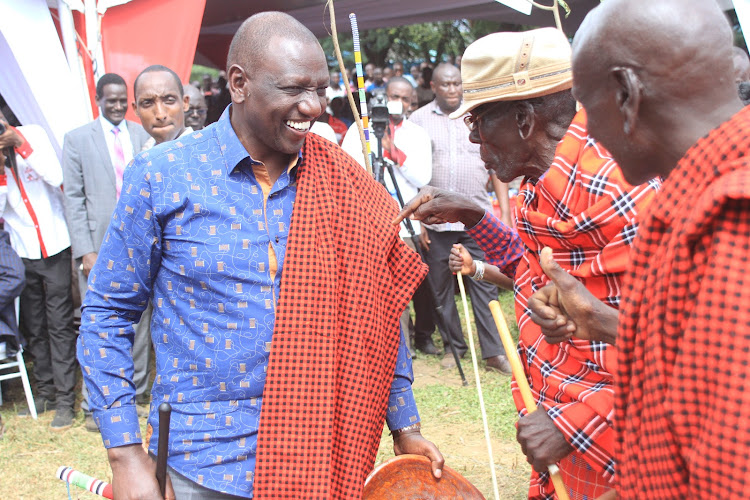 DP was handed a powerful baton, a symbol of leadership which the elders said would act as a guide in his future political aspirations.

The Orkoiyot occupied a sacred and special role within the Nandi and Kipsigis people of Kenya. He held the dual roles of chief spiritual and military leader and had the authority to make decisions regarding security particularly the waging of war.

At twenty-five, Samoei succeeded his father as the Orkoiyot, the supreme spiritual and political chief of the Nandi people.

Edwin Ochieng is living true to the calling of Journalism, He is passionate about issues of Business and Politics. Edwin Ochieng is a graduate from St Paul University and East African School of Media Studies (EASMS).
Previous Kanini Kega is Known Parliament Extortionist-Aden Duale Says
Next Muigai wa Njoroge shocking response to Uhuru supporter Anger Kenyans