The Mount Kenya MCA Jubilee Caucus chairman Hon Charles Mwangi Ng’ang’a (Ichagaki Ward) in Murang’a County has sent a special appeal to President Uhuru Kenyatta not to assert to “insincere equalization fund bill 2020” that has been republished by the National Assembly by Tiaty MP Kasait Kamket.

Addressing the media, the MCA said that 2020 equalization bill should embrace, one man, one shilling, one vote and not aimed to favour selective communities, whose contribution to Gross Domestic Income is less compared to Counties with a higher population such as Kiambu, Murang’a as well as Nakuru, according to 2019 census report.

“This bill by Hon Kamket has a hidden agenda. It must be re-amended to accommodate every Kenyan irrespective of geographical boundary. We are equal by birth rite and being Kenyan, “he said.

He said that the bills tabled in the assembly should be aimed to promote openness, especially this time, the Country is struggling to fight the COVID-19 and economy is at a stake.

In 2015, the bill was floored in the national assembly as some MPs, were seeking to amend article 204, of the constitution to remove funds from the national government to constituencies of which some MPs lack integrity as some are con artists.

Ichagaki one as popularly known by his supporters said that a comprehensive constitutional amendment is needed and referendum will help to fight all the historical injustices especially on the sharing of the national revenue. 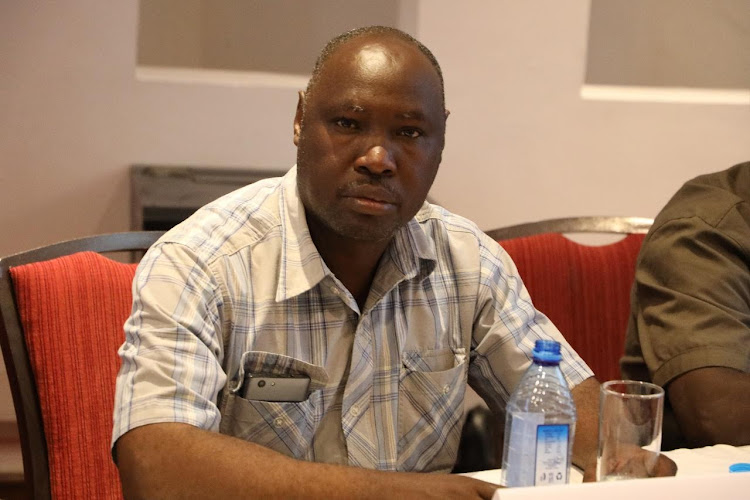 He further noted that its right for every Kenyan to enjoy the national cake as far as national cohesion and integration is concerned.
“I’m humbly requesting every leader within the Mount Kenya region, to help President Uhuru Kenyatta, in building his legacy, for the two years that are remaining and they should shun their 2022 politics of succession and should help in building a united Kenya. He warns this leader from Mount Kenya region who are dividing the community for self-gain to lead the president Uhuru’s lips, to unite Kenyans,” he said

Ichagaki one commends Uhuru Kenyatta for striking the whip to those leaders who are disloyal to him but should not to only apply to the national government but too Counties. Counties party leaders should adhere to the president advice and market Jubilee manifestos through loyal County Jubilee Ward representatives.

He added that it’s unfair that, some leaders (MPs) within the Mount Kenya Region are fighting Uhuru, yet, they are hijacking his national projects, like the distribution of foods, hygienic materials to fight coronavirus, water, infrastructure and industries for their selfish political gains.

“Let give Uhuru absolute respect and credit to national projects. Be ashamed for giving falsified information that he hasn’t delivered to his 2017 manifestos. His endeavours national effort to fight COID-19 is awesome, “he said.

Edwin Ochieng is living true to the calling of Journalism, He is passionate about issues of Business and Politics. Edwin Ochieng is a graduate from St Paul University and East African School of Media Studies (EASMS).
Previous Ibis Styles Nairobi Westlands Pioneering a New Guest Initiative “ALL Safe’’ that Redefines Hospitality Experience
Next Okash Issues Statement Warning I’ts Competitors Against Injuring They Reputation