Share
The battle for Kiambu gubernatorial seat i expected to be hot following numerous candidates expressing their desire to succeed the incumbent James Nyoro who succeed Ferdinand Waititu following his impeachment.

Already several potential contenders will battle it out to square each other from the race with an interest of having a taste of the Kiambu cake.

Among those said to be interested is Former Kiambu governor William Kabogo, James Nyoro, Ferdinand Waititu, Gathoni Wamuchomba as well as Kimani Wamatangi.

During the latest interview with online Show, Reke Ciume Nene, Gathoni who is currently women representative said that if requested by the electorates to vie, she will have no option but to obey.

Gathoni who played a vital role during the impeachment of Waititu will have to form a united force like the one they formed in 2017 to ouster William Kabogo.

“If my people approach me with a request to vie for a gubernatorial seat, i will have no option but to vie, my ambitions are bigger than the challenges am facing now, one day, i see myself becoming the first female president in the Republic of Kenya,” she said. 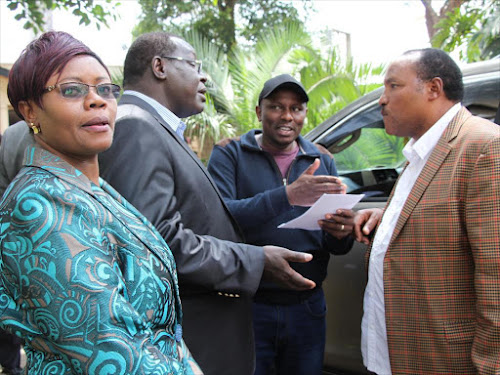 A few days ago, Gakuyo warned William Kabogo of thinking to vie for governor post come 2022, noting that they will defeat him once again just like 2017.

“If Kabogo thinks he will win in 2022, let him try, we will defeat him, Waititu was just a mere person and he defeated him properly, what about 2022,” he posed.

Edwin Ochieng is living true to the calling of Journalism, He is passionate about issues of Business and Politics. Edwin Ochieng is a graduate from St Paul University and East African School of Media Studies (EASMS).
Previous Is Tangatanga Brokers Pushing Susan Kihika to vie for Nakuru Gubernatorial Seat 2022?
Next The Health Benefits of Papaya Seeds are Unbelievable