In the late hours of yesterday Wednesday July 29, 2020, there was confirmed report circulating social media platforms of a Nigerian Pastor  who claimed that he went into kidnapping to raise money for Charity and good deeds.

The Pastor identified as Pastor Adetokunbo Adenokpo disclosed that he was ordained as a pastor 22 years ago after leaving the Living Faith Church where he initially worshipped to open his own ministry and he went into kidnapping to raise funds for charity donations.

Popular instagram information page instablog9ja made an official report on this Pastor Adetokunbo Adenokpo they posted his picture with the caption,

“I went into kidnapping to raise money for charity – Lagos pastor. “

According to instablog9ja,”the Police force headquarters in Abuja has paraded a 52 years old self-acclaimed pastor Adetokunbo Adenokpo, for abducting a dispatch rider and detaining him in an underground facility in his Church in Sagamu, Lagos…

The suspect in an interview with journalists, said he was ordained a pastor 22 years ago after leaving the Living Faith Church where he initially worshipped before opening his own ministry… “

The pastor goes further to disclose,“A few weeks ago, we were short of funds. So I had the idea of doing something for ileya so I can get some bags of rice and beans and palm oil and other things to share, and probably with a ram, which we can cut and give to the poor people and we thought we should get money from the rich companies and then raise money and use it to take care of the poor people… “ 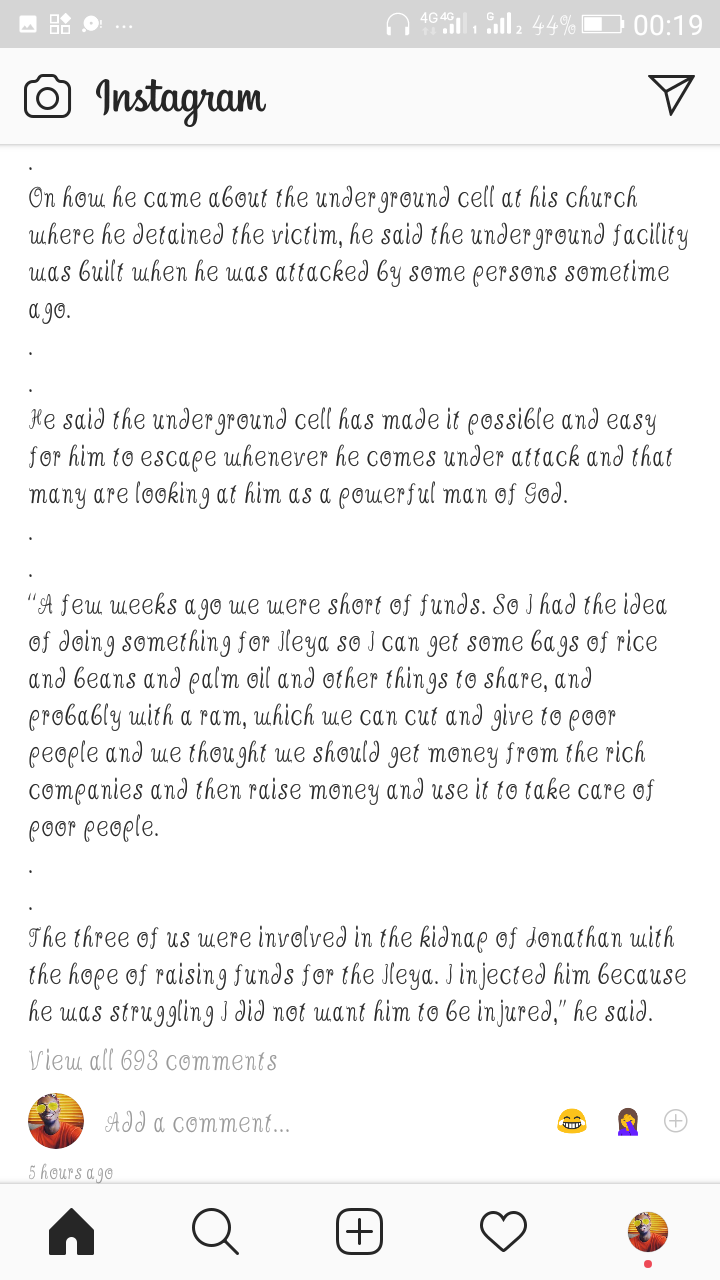 Edwin Ochieng is living true to the calling of Journalism, He is passionate about issues of Business and Politics. Edwin Ochieng is a graduate from St Paul University and East African School of Media Studies (EASMS).
Previous Thia is What is Ailing Mwai Kibaki After he Was Hospitalised
Next StarTimes, UNESCO in Joint Campaign Against Dis- and Mis-Information on COVID-19

In 2013, there was an agreement that President Uhuru Kenyatta will support his deputy president …