Breaking News
Home / News / If it Was to Boil Down to DP William Ruto and Machakos Governor Dr Alfred Mutua, Would Mutua Floor Ruto?

If it Was to Boil Down to DP William Ruto and Machakos Governor Dr Alfred Mutua, Would Mutua Floor Ruto?

Edwin Ochieng September 3, 2020 News, Politics Comments Off on If it Was to Boil Down to DP William Ruto and Machakos Governor Dr Alfred Mutua, Would Mutua Floor Ruto? 711 Views

The race to succeed President Uhuru Kenyatta has been taking steady shape with a host of individuals making pronouncements of interest.

Governors serving their second terms are taking the stage to run in the presidential election but many will, of course, be winnowed as the election draws closer. The one governor who seems determined to go all the way to the ballot is Machakos’ Alfred Mutua. 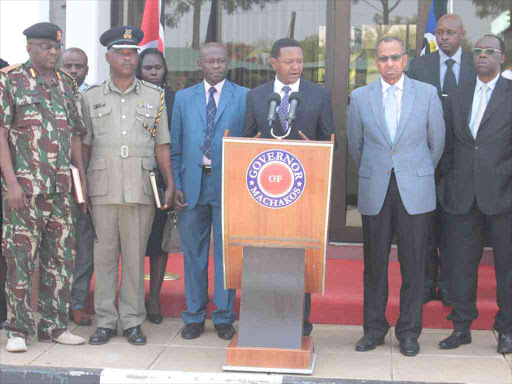 Machakos governor Alfred Mutua addressing media in a past event

The youthful Machakos Governor struts to the presidential campaign with a bucket full of achievements from his backyard that he can use to endear himself to Kenyans. He is also without scandals.

In an earlier interview with the Media, Bureti MP Japheth Mutai said that Mutua has a national appeal to unite the Country and he is full of energy. 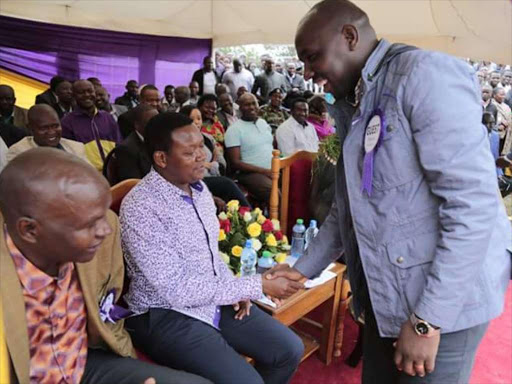 “It is too early and difficult to predict the outcome in 2022 but Mutua is fit and capable,” he said in the previous interview.

He said that Mutua’s recent strong statements against corruption in news media and social media are exhibitions of a man disposed of for a tough fight in 2022.

Mutua has on several instances spoken about glaring inequalities in the country and why he believes it is immoral for some leaders to go around the country plopping money to citizens instead of pursuing long-term measures to end poverty in the country. 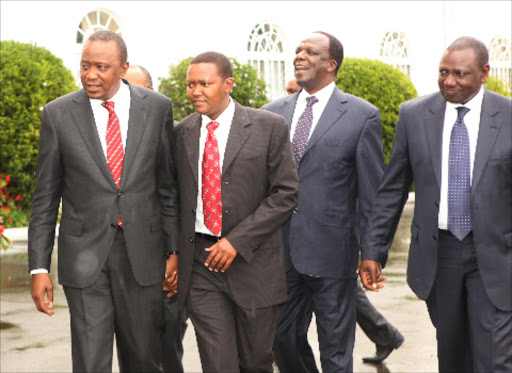 Over the last six years, Governor Mutua has distinguished himself as a pragmatic advocate of the poor people, setting up pro-poor initiatives that help in poverty reduction and wealth generation.

That journey, however, has not been all rosy. He has encountered political meddling mainly from the executives from opponent parties in the region.

He comes from a backyard that was traditionally loyal to former Vice President Kalonzo Musyoka, whom Mutua broke ranks with, exiting Wiper to start his own Maendeleo Chap Chap.

Mutua has won in Machakos by fixing what was broken; building market shades in the 40 sub-locations, lighting up streets and tiny villages, enlarging the infrastructure by building roads and drilling boreholes.

He is well regarded for those initiatives as well as the free advanced ambulance service across the county.

Now he is on the verge of constructing his legacy-building project: Machakos New City, which will be funded by the county and foreign investors.

Being a young governor, Mutua personifies Kenya’s changing political nature. He understands the predicament of the poor rural people.

He must use that pragmatism to transform human life and fervently fight against corruption as evidence to seek the top national seat.

He must broaden his appeal beyond his native Ukambani stronghold to establish himself first.

In 2017 while he was seeking re-election, over,500 opinion leaders had approached him to vie for the presidency.

The leaders who also included aspirants for Governor, Senator, MP, Woman Representatives and MCA seats from other counties in the country said Mutua’s star was rising beyond county politics.

“The people of Machakos have a visionary leader whose agenda is beyond Ukambani politics,” said Kanja Muchina, who contested for a gubernatorial seat in Nyandarua County.

Edwin Ochieng is living true to the calling of Journalism, He is passionate about issues of Business and Politics. Edwin Ochieng is a graduate from St Paul University and East African School of Media Studies (EASMS).
Previous Perfect Chocolate Chip Cookies
Next KWAL Introduces New Nectar in the Market

Kabogo to lead civic movement in Mt Kenya ahead of 2022