Presidential hopeful Alfred Mutua has revealed the main pillars of his manifesto during the launch of his presidential campaigns in Mlolongo.

If elected, the Machakos governor has promised to create 5 million jobs in the first three years of his tenure to absolve educated but jobless youths. 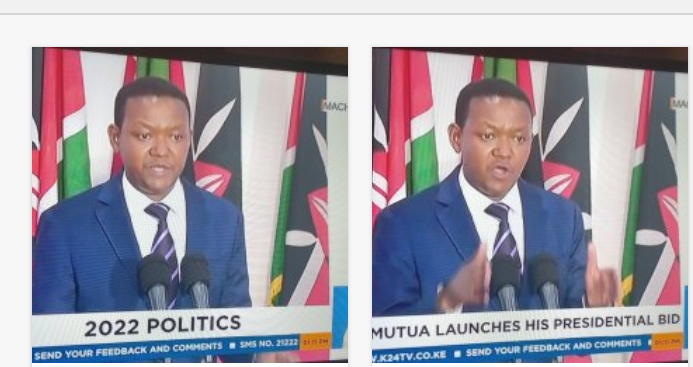 “This morning millions of educated and hardworking youths woke up unemployed and broke. Sadly, again they will go to bed still jobless and broke in the evening. My priority will be to create 5 million jobs in the first three years of my presidency. It can be done and I know how,” said Mutua.

Dr Mutua also promised a swift revival of infrastructure across the country, saying Kenya’s upcountry is rich with resources that have not been exploited because of poor road connectivity and non-existent air- travel infrastructure.

The Maendeleo Chap Chap Party leader also said he will embark on a swift and comprehensive program of wealth creation to extricate millions of Kenyans from the jaws of poverty once elected president.

“We will roll back poverty and restore dignity to all regardless of where you were born or your social and political affiliation. My multi-pronged approach will target the youth who make up the largest segment of our population as well as the old, who have been the worst hit by the realities of our economy,” he added, to the thunderous applause of his supporters.

Riding on his party’s mantra “A fresh start, a fresh movement”, Mutua called upon Kenyans to choose him in the 2022 presidential election, saying he is the only contestant whose candidature has not been tainted by graft.

Alive to the fact that he needs a seamless and well-oiled campaign to clinch the ultimate prize, Mutua expressed confidence that he has assembled an adequate war chest.

If he goes all the way to the ballot, Mutua will square it out with among others Deputy President William Ruto, former Vice President Kalonzo Musyoka, Makueni Governor Kivutha Kibwana and Baringo Senator Gideon Moi, who have already declared interest in the top seat.

Edwin Ochieng is living true to the calling of Journalism, He is passionate about issues of Business and Politics. Edwin Ochieng is a graduate from St Paul University and East African School of Media Studies (EASMS).
Previous No Nomination For Diploma or Certificate Holders For ODM Party Aspirants 2022
Next Inter Region Economic Network (IREN) to Host Virtual Food Festival

Star Times GO Extends up to 50% Discount on Products