Governor Okoth Obado is expected to be impeached as the County Assembly resume under the tight security.

Raila Amollo Odinga hosted a delegation of top leader from the South Nyanza county. Raila met Mps and the senator of the county today morning in his Capitol Hill Office.

The opposition chief claims that political parties must come in to protect the interests of the people if their leaders fail. This comes after Orange Democratic Movement Chairman, Honourable John Mbadi, directed Migori MCAs to impeach Obado.

Counties brought the promise of better service delivery and Kenyans have high expectations of the system of governance. By and large it has worked but at times political parties are obligated to step in and protect the interests of the people. | Hosted a Delegation from Migori.

Obado is currently facing graft charges alongside his family members and friends. The governor is accused of pilferage of public funds through fake tender awards to companies owned by people close to him. The call for his impeachment has however elicited mixed reactions. Some quarters have accused ODM party of selectively punishing the county boss. Obado has always hinted at supporting Deputy President William Ruto in the upcoming 2022 general elections. 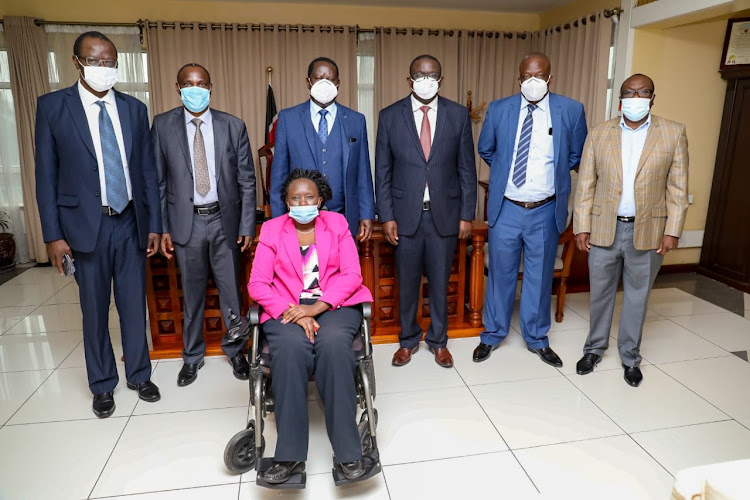 This, according to his supporters, is the main reason why Raila and his party members are out to finish him. The governor has remained confident that he will not lose his seat come rain come sunshine. Ward representatives have expressed their fear claiming that the governor allegedly promised to mete violence on them if they carry on with the motion.

The county assembly speaker however assured Migori residents that the debate will go on and will be conducted without infringing the rights of anyone. Police officers have already been deployed to guard the county assembly of Migori County.

Edwin Ochieng is living true to the calling of Journalism, He is passionate about issues of Business and Politics. Edwin Ochieng is a graduate from St Paul University and East African School of Media Studies (EASMS).
Previous Inter Region Economic Network (IREN) to Host Virtual Food Festival
Next Cate Waruguru is Suspected of Leaking BBI Crucial Information to Tangatanga Squad

Star Times GO Extends up to 50% Discount on Products