Breaking News
Home / Health / Waititu has Been Battling Cancer Since 2018,That Why He is Missing in Action

Edwin Ochieng 3 weeks ago Health, News Comments Off on Waititu has Been Battling Cancer Since 2018,That Why He is Missing in Action 1,658 Views

In September 2017 during a home coming rally that was attended by Thika MP Wainaina Jungle,Waititu narrated how he resolved to fight the disease.

He said that he opted to seek a medication in India where he was requested not to engage in heavy work and from then he has been in and out of the hospital according to close family friend.

“I resolved that I was not going to let the disease put me down. I had to fight and God gave me strength and courage,” he said adding that the doctors requested him to opt out of hard work.

.Also he said that her sister was also diagnosed with cancer bet she passed on later after it was discovered it was in stage 4.

The lawmaker said many public figures were suffering from the disease and could not seek treatment in Kenya, partly because of the stigma associated with it. 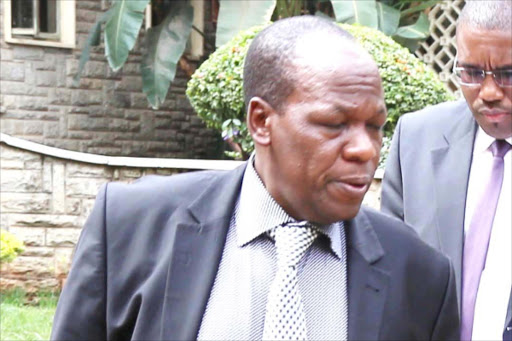 “It is no longer a secret that many people are suffering in silence from cancer. Nobody wants to talk about it because of the stigma,” said the MP.

A source who has sought anonymity has revealed that the MP will not contest for any elective seat as he want more time to relax as advised by the doctor.

During his home coming in 2018,the MP urged locals to support Thika MP Wainaina jungle in 2022 as he will be seeking senatorial seat.

Edwin Ochieng is living true to the calling of Journalism, He is passionate about issues of Business and Politics. Edwin Ochieng is a graduate from St Paul University and East African School of Media Studies (EASMS).
Previous Even After Uhuru Bought Him Prado,Youngest MP John Mwirigi is Against BBI,Supports DP Ruto 2022 Presidency
Next Kenya to host Shelter Afrique 39th AGM next week virtually