A lot has been said about 2022 political alignment with several players in mount Kenya crashing over the issue of DP Ruto’s candidature.

Political players have warned musicians of being used to divide the community with claims of bribery being propelled by different factions.

Recently there was buzz online after popular Kikuyu musician Muigai wa Njoroge was blackmailed by power brokers to release the song titled Migunda that was said to target the first family.

Sources had it that he was sponsored by the DP to record the song but this could not be certified as true or false but hhe yield to pressure and released it. 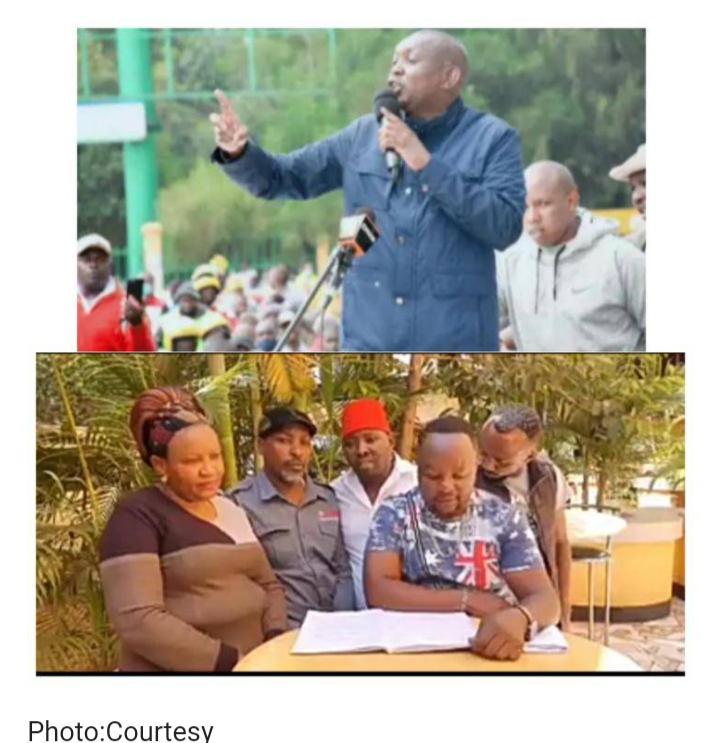 Muigai was accused of being against president Uhuru Kenyatta and he was working with DP Ruto’s team led by Moses Kuria.

Also his counterpart Ben Githae was also accused of being used by leaders allied to the DP Ruto.

Already Githae and his group Kamande wa Kioi,Peter Kigia have been composing songs to praise the deputy president William Ruto.

Recently Muigai and Githae have condemned Ruto’s ally of claims that they disrespected the former first lady Mama Ngina Kenyatta.

Addressing the media,Ben Githae urged DP Ruto to stop misleading Kenyans with the hustler narrative noting that its evil as it amount to mockery.

Ben alongside Kamande Wakioi are now seen to have retracted their support from deputy president William Ruto and are now working with the president Uhuru Kenyatta team.

In 2017,Ben Githae composed a tano tena song that gained a lot of air play in almost in their political rallies.